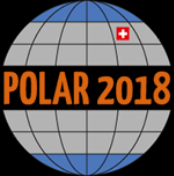 Over 150 early career researchers recently show-cased their reserach as part of the poster competition held during the POLAR2018 conference (Davos, Switzerland, 15-26 June). The well-deserved prizes (based on geographical region) were awarded at the closing ceremony.  The competition was organised by APECS and coordinated by Ruth Vingerhagen on behalf of the International Arctic Science Committee (IASC) and the Scientific Committee on Antarctic Research (SCAR) . We sincerely thank all the judges who contributed their time to judge the posters!